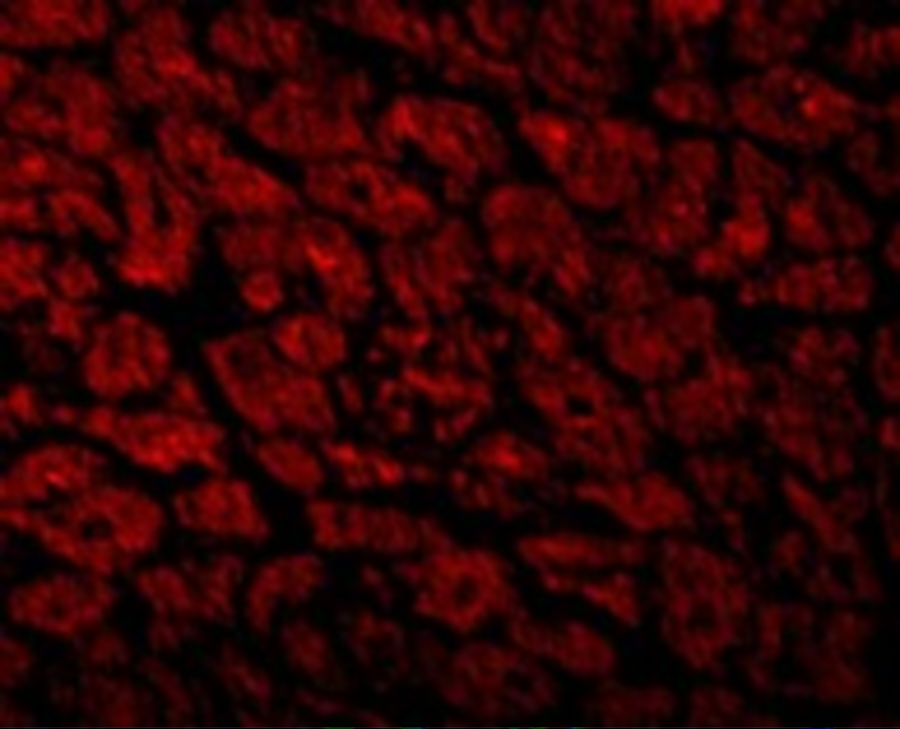 Description Immunohistochemistry Validation of CX3CR1 in Rat Heart Tissue
Immunohistochemical analysis of paraffin-embedded rat heart tissue using anti-CX3CR1 antibody (2093) at 2 ug/ml. Tissue was fixed with formaldehyde and blocked with 10% serum for 1 h at RT; antigen retrieval was by heat mediation with a citrate buffer (pH6). Samples were incubated with primary antibody overnight at 4C. A goat anti-rabbit IgG H&L (HRP) at 1/250 was used as secondary. Counter stained with Hematoxylin.

Description CX3CR1 Deficiency Validation in Transgenic Mice (Kumar et al., 2412)
Transgenic CX3CR1 gfp (C57BL6/J background) mice, in which either one (CX3CR1 gfp/+ ) or both (CX3CR1 gfp/gfp ) copies of the CX3CR1 gene were interrupted by fluorescent protein (GFP). More CX3CR1 positive cells (green) are found in vascular wall of CX3CR1 gfp/+ mice, but not in CX3CR1 gfp/gfp mice, where cells remained in perivascular region due to leaky microvessels. CX3CR1 expression was detected by anti-CX3CR1 antibodies.
Additional Information
Handling
Storage Store at 2 - 8ºC. Do not Freeze.
Dilution Instructions Dilute in PBS or medium which is identical to that used in the assay system.
Application Instructions Immunoblotting: use at 1:500-1:2,000 dilution.