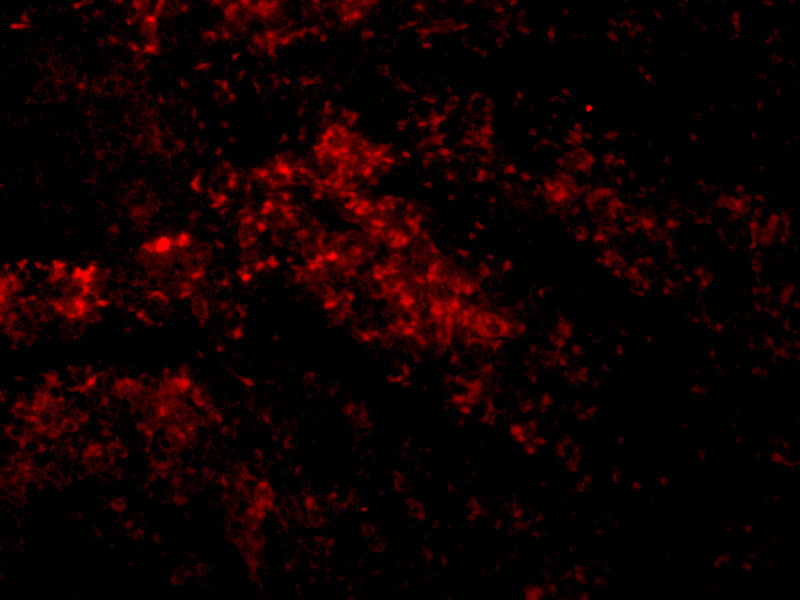 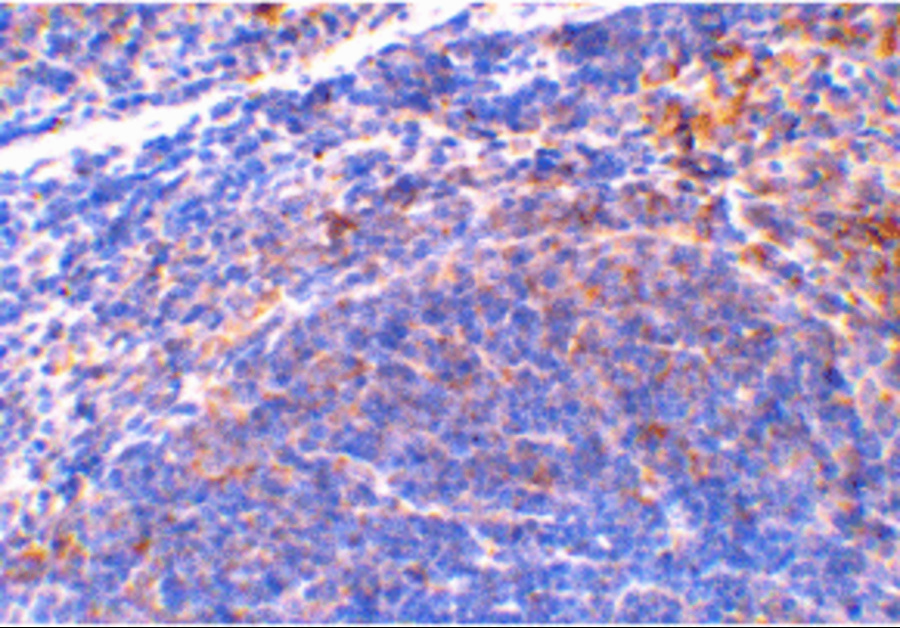 Description Immunohistochemistry Validation of Smac in Mouse Spleen Tissue
Immunohistochemical analysis of paraffin-embedded Mouse Spleen Tissue using anti-Smac antibody (1411) at 2 ug/ml. Tissue was fixed with formaldehyde and blocked with 10% serum for 1 h at RT; antigen retrieval was by heat mediation with a citrate buffer (pH6). Samples were incubated with primary antibody overnight at 4C. A goat anti-rabbit IgG H&L (HRP) at 1/250 was used as secondary. Counter stained with Hematoxylin.

Description KO Validation in Mouse Fibroblasts and Myoblasts (Ho et al., 2416)
The indicated MEFs or MEMs were exposed to 2 uM STS for 4 h and analyzed by Western blot. Accumulation of Smac/Diablo in mitochondrion-depleted cytosol fractions fromSTS-treated Apaf-1 KO cells were detected by anti-smac antibodies. Smac expression was not detected in smac KO mice.

Description Immunofluorescence Analysis of Smac in NB4-LR1 Cells (Saumet et al., 2005)
NB4-LR1 cells were either treated with ATRA(1 uM) for 3 days without or with the T3C1 recombinant fragment (3 uM) or treated with staurosporine (STP; 5 uM ) for 3.5 hours. STP, but not ATRA or AYRA/T3C1 induced the release of smac.

Description Induced Expression Validation in Rat Liver (Genestier et al., 2005)
Mitochondria from rat liver were treated with increasing concentrations of rPVL (A), rLukS (B), or Bax alpha (C) for 1 hour at 30 C. rPVL induces the release of the apoptogenic proteins cytochrome c and Smac/DIABLO from isolated mitochondria.

Description Overxpression Validation in HEK293T Cells (Flygare et al., 2012)
HEK293T cells were transiently transfected with Smac and Myc-tagged cIAP1, cIAP2, ML-IAP, or empty vector. Cells were lysed, and lysates were incubated with the indicated concentrations of 1 and immunoprecipitated with anti-Myc antibody (left panels). Samples were then immunoblotted with anti-Smac and anti-Myc antibodies. Whole-cell lysates are shown in the right panel.
Additional Information
Handling
Storage Store at 2 - 8ºC. Do not Freeze.
Dilution Instructions Dilute in PBS or medium which is identical to that used in the assay system.
Application Instructions Immunoblotting: use at 1ug/mL.