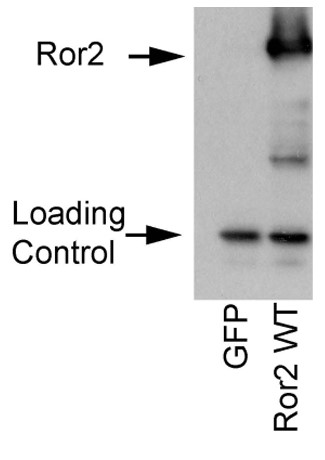 Description Immunoblotting: use at 1-10ug/ml. A band of ~105kDa is detected. 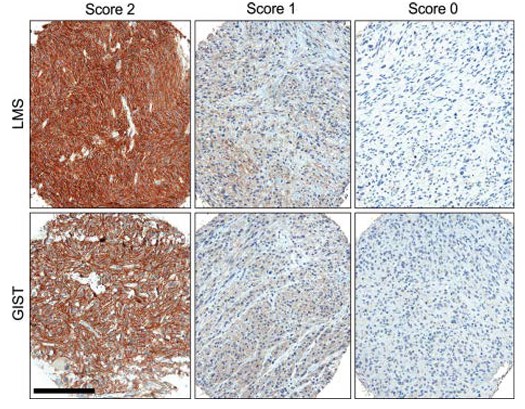 Description Immunohistochemistry: use at 1-10ug/ml on paraformaldehyde-fixed, paraffin-embedded sections following antigen retrieval (microwave 12 min in citrate buffer, pH 6.0). Detection of ROR2 in LMS and GIST. Samples were scored 2 (strong staining), 1 (weak staining), or 0 (absence of staining). See reference Edris B. et al.
Additional Information
Handling
Storage Store at 2 - 8ºC. Do not Freeze.
Dilution Instructions Dilute in PBS or medium that is identical to that used in the assay system.
Application Instructions Immunoblotting: use at 1-10ug/mL. A band of ~105kDa is detected.