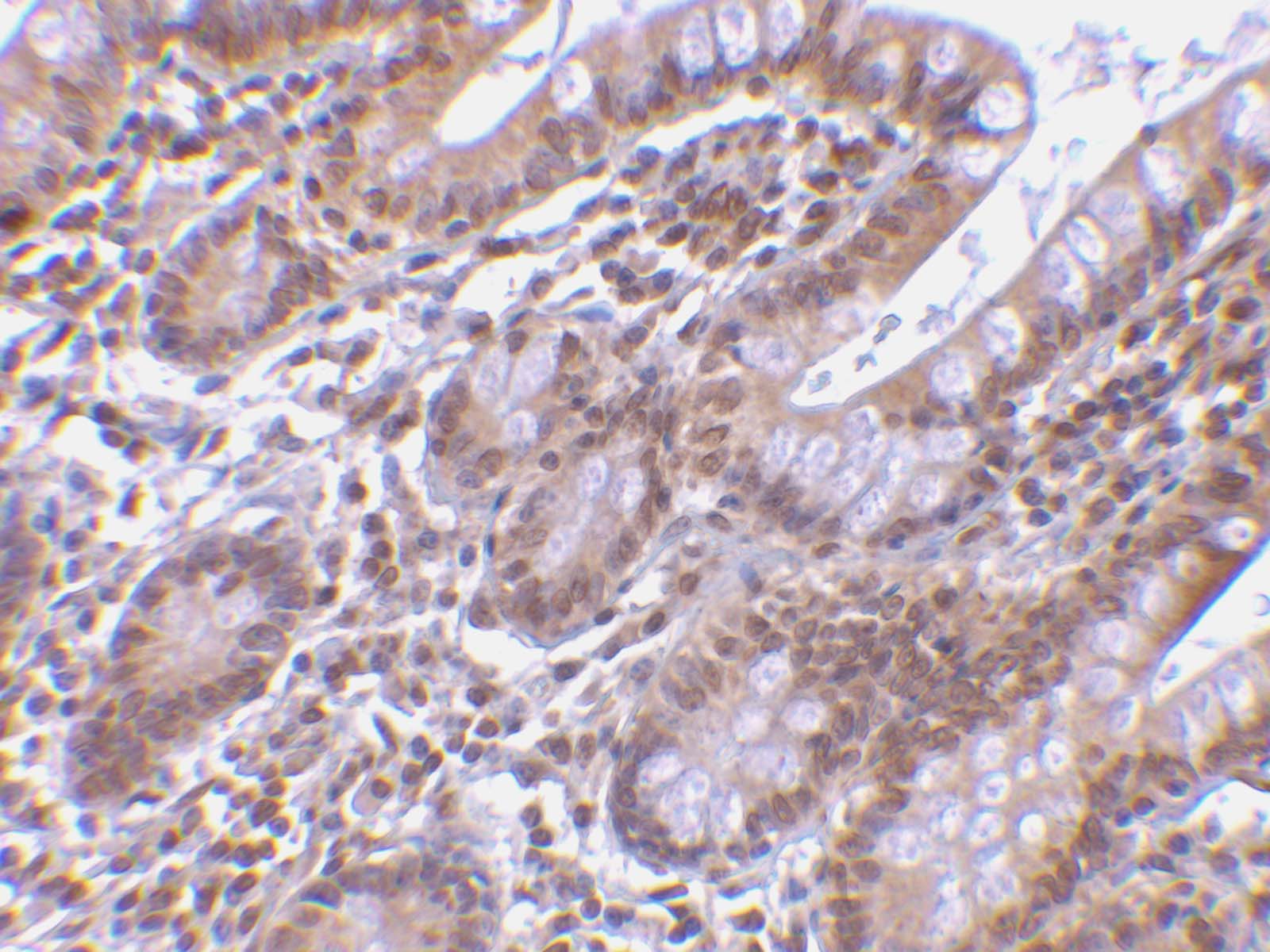 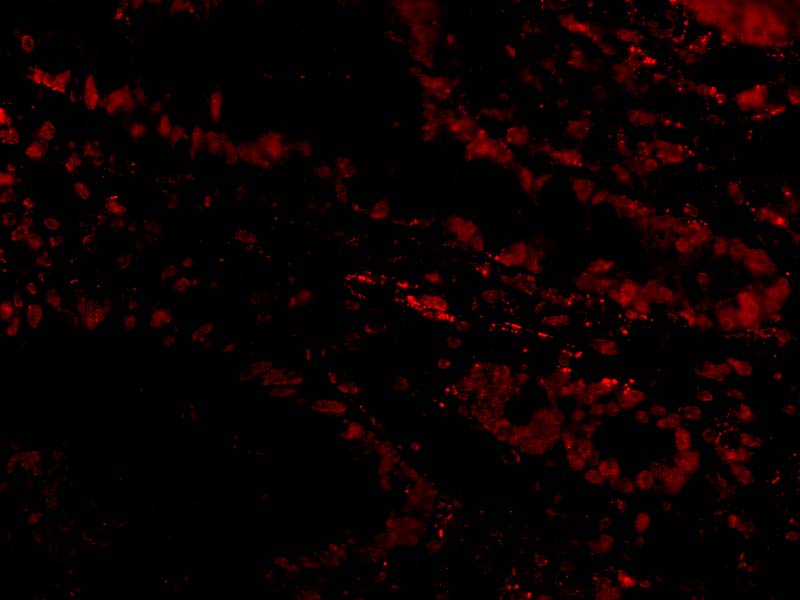 Description Immunofluorescence of Livin in Human Small Intestine cells with Livin antibody at 20 ug/mL.
Additional Information
Handling
Storage Store at 2 - 8ºC. Do not Freeze.
Dilution Instructions Dilute in PBS or medium which is identical to that used in the assay system.
Application Instructions Immunoblotting: use at 0.5-1.0ug/mL.