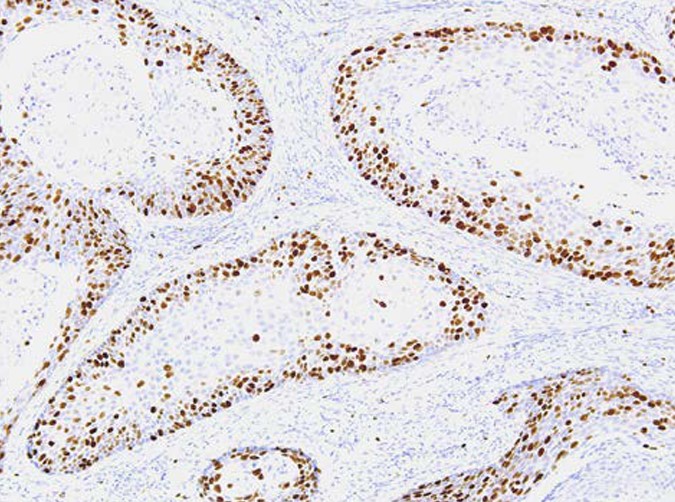 Description Immunohistochemistry: use at a dilution of 1:100-1:200 on formalin-fixed, paraffin-embedded samples after heat-induced epitope retrieval at pH 9 for 10-30 minutes. Detection of Ki-67 in human cervical cancer tissue with #34063 diluted 1:100-1:200.
Additional Information
Handling
Storage Store at 2 - 8ºC. Do not Freeze.
Dilution Instructions Dilute in PBS or medium that is identical to that used in the assay system.
Application Instructions