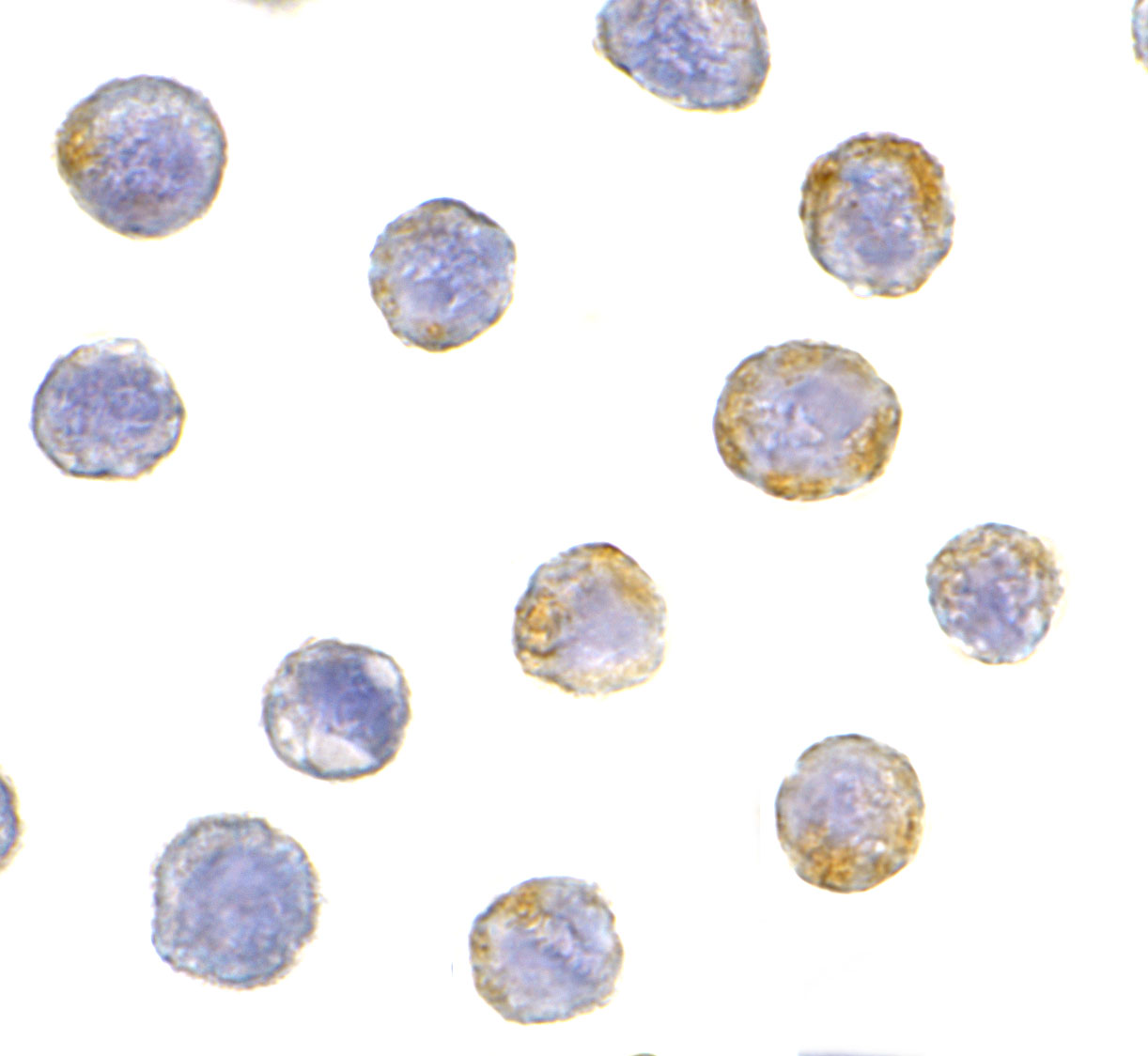 Description Immunocytochemistry of GFR alpha 2 in HeLa cells with GFR alpha 2 antibody at 5 ug/mL.
Additional Information
Handling
Storage This antibody is stable for at least one (1) year at -20C. Avoid multiple freeze-thaw cycles.
Dilution Instructions Dilute in PBS or medium which is identical to that used in the assay system.
Application Instructions Immunoblotting: use at 1:1,000-1:2,000 dilution.