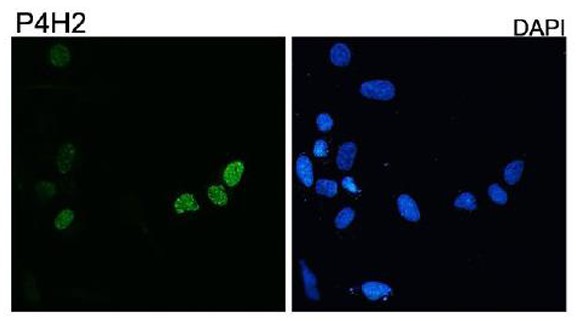 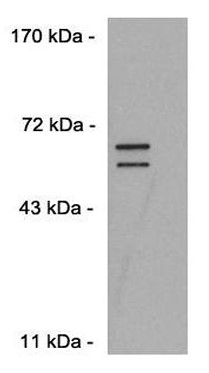 Description #57100 diluted 1:10,000 on C2C12 cells transfected with pCS2-DUX4. There is a doublet because the expression construct contains an upstream alternate translation start codon. The lower band is the canonical size for DUX4. Positive control: human testis lysate.
Additional Information
Handling
Storage This antibody is stable for 1 month at 4°C or one year at -20°C. Avoid multiple freeze-thaw cycles.
Dilution Instructions Dilute in PBS or medium that is identical to that used in the assay system.
Application Instructions